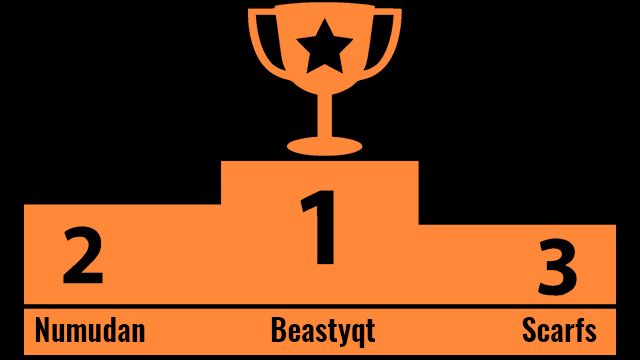 Wow, what a magnificent weekend it was! The first official Bannermen Tournament went off on Sunday April 7th, with a prize pool of $500 USD.

After an impressive winning streak of 6 matches, Serbian player Beastyqt was crowned the winner. He defeated Swedish player Numudan both in the semifinals (3-2) and the grand final (3-1), after Numudan's loser-bracket victory against Austrian player Scarfs (3-0). German player Auni placed himself 4th, after defeating respectable players such as SquidFighter on the way. Full results can be found here.

A big thanks to our Twitch casters Nakamura and G0hst who hosted the tournament in a brilliant way! You can still watch the broadcasts here (Nakamura) and here (G0hst).

Thanks to everyone who participated. We hope to have more tournaments like this in the future!

Last week we packed our stuff and moved to a new office space!

We at Pathos hope that you are able to find some joy in this holiday season...

Scary times are around the corner! Fear everything except our yearly game jam...

Steam Summer Sale 2020 has just started! Be sure to grab a copy of Bannermen...

Six participants will fight for $150 USD in the first tournament of the year!